Adrenaline is a natural hormone that we are chasing even without our knowledge, in which we are enjoying, but why?

Why are we enjoying an adrenaline rush? There is an explanation for that:

“Anything that is addictive will have a dopamine rush to it, so whether it is drugs, sex, driving fast, playing sports, bungee jumping, fear or being scared, there is a dopamine rush that is very sudden,” said Dr. Angie MacKewn, Associate Professor of Psychology.

Extreme sports are just one way of adrenaline rush after which we are feeling scared but relaxed. A lot of young people want to try new things, so many of them are after extreme sports that are giving that kind of pleasure.

They started in early 90’s where mostly young men are doing some extreme sports as:

Mostly, people are doing adrenaline sports because they want to be accepted by friends and family as hard and strong guys.

List of the extreme sports are long and they are increasing day by day, some are more fun, some are more dangerous, but you need to be careful whatever sport you choose.

It is very easy to broke a leg, hand or get to the hospital by the blink of the eye if you are not careful.

But there’s a catch.

When you try or feel that adrenaline rush once, you would love to try it one more time and after that one more and still on. Before you realize, you will get addicted to adrenaline so hard, you won’t get things real, that is when damage is getting its piece of YOU.

Probably no one would love to feel truly life-threatening situation, that knows the best people that feel that on their skin. A lot of people loves to be in afraid situations (probably the most of us), but there are also a people that don’t like that.

Cache is in the dopamine, that is the main hormone for adrenaline that affects our brain. There is a strong evidence about this, it’s not a personal choice, it is brain chemistry.

Which some people drive to do anything, it doesn’t matter how dangerous is, while some people feel the danger and stop.

To really enjoy a scary situation, we have to know we’re in a safe environment 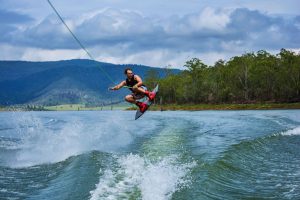 When we know (or think) that we are safe in a scary situation, it is easier to accept some challenge. People meet with the dangerous and scary situation in early age and for a problem that can have traumatization for a life.

Parents should keep their children safe and away from anything extreme, if kid really wants to try some adrenaline pump, it should start slowly, it isn’t easy to set foot in any extreme sport, but firstly parents always give kids roller skates with full safety equipment, even if they fall they will remain safe.

The chemicals that are released during fight or flight can work really strong on our body, same as “memory glue” where our body is frightened when it experience the same situation as a little.

Have you ever ride on a roller coaster? You probably do at least on the smaller ones and you probably know the feeling from the first ride where everyone is screaming with their hands up or stick by the bar. The first time is every time the most frightening for the human body, later our body goes use to it and we can do the same thing with more self-confidence.

Why Are Some People Adrenaline Junkies? 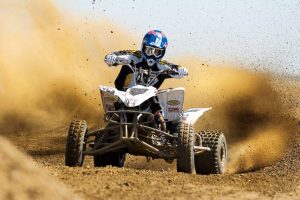 Some people really like to live on the edge, amount of them are raising constantly. There is a medical explanation for that.

Researchers got into the experiment to see how our brain is working in new environments.

The main thing was pictures where every picture has a different chance of winning prize money. When participants choose one, they get another group of pictures from which they will choose a new one.

Some pictures were previous images and some were new, so, participants could pick a new one with an unknown payoff or play on “safe” and choose old one where they know the value of the payoff.

Researchers looked at brain scan pictures that were taken during this experiment and they come up to the conclusion where one part of the brain known as “reward center” which is releases chemicals as dopamine, that makes us feel good for trying new things.

It is the logical thing because in the life big pay-offs and rewards for work are getting people that risk money, life, health.

Of course, from the other side, there is the dark side of this and if we are risking with something we can lose everything and it could go horribly wrong. 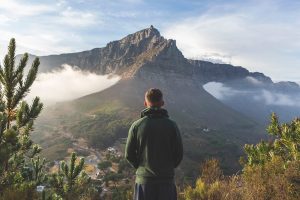 Even if you want or not want to choose some adrenaline extreme sports, you first need to think carefully about that. It is very good for most people when they get their blood pump faster through their veins, but also, deadly. If you have a bad health, you could end up with the heart attack or something similar. Before choosing some great sport from a list of the extreme sports, remember to go to the doctor and see if your body can handle that amount of stress.

The life is a teeter!