How to Deal with Sports Blackouts in Canada 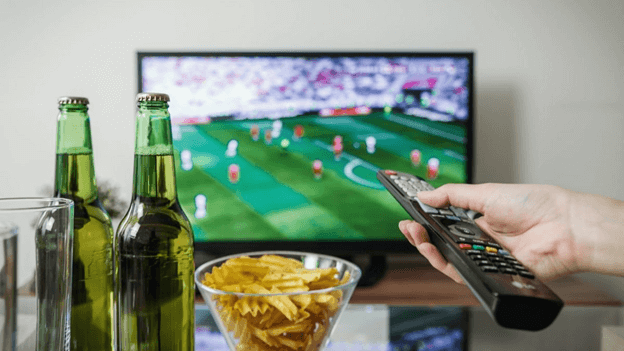 How to Deal with Sports Blackouts in Canada

The weekend is here. You finished all your household chores, have some cold brewskies ready in your fridge, got the gang together for a Skype call, and you’re ready to watch your favorite team win an NHL game.

Life is perfect – at least until you see these words that make every sport junkie’s heart skip a beat: “This game is blacked out in your area.”

The night you were looking forward to is pretty much over. Or it would be if it weren’t for this article. We’ll show you how to bypass blackouts by streaming sports from other countries with a VPN (or, why not, from Canada).

First Things First – What Are Blackouts?

The simplest way to describe them is “national geo-blocks.” Basically, you can’t watch a certain sporting event in a specific part of the country. The site will use geo-blocking technology to restrict your access.

For example, if you’re not in British Columbia and the Yukon, you won’t be able to watch a Vancouver Canucks game on Sportsnet Pacific.

Why Do Streaming Sites Use Blackouts?

It’s not like they want to do it. They don’t have any choice but to enforce them.

Here’s the thing – a broadcaster needs to buy the rights to stream a sporting event in its area. If they don’t do that, they can’t stream the content. So they need to restrict it there, or ‘black it out’, basically.

That’s not all – there’s also the problem with “regional rights.” Simply put, sports teams operate under those rights, which pretty much allow a team to “own” a territory. Because of that, competing teams’ matches can’t be aired in that area.

That doesn’t sound fair at all. But it’s completely legal. The CRTC (Canadian Radio-television and Telecommunications Commission) doesn’t regulate those rights, and isn’t involved in the buying decisions either.

How to Bypass Blackouts with One Simple Tool

The CRTC recommends doing the following to deal with blackouts:

Yeah, let’s face it – none of that is going to work. They’ll just say they will keep your concerns in mind and immediately forget about them after you hang up.

Well, we have a much better solution that will help you bypass blackouts right now – use a VPN (Virtual Private Network). It’s an online service that “hides” your IP address, effectively preventing streaming sites from knowing your real geo-location.

Basically, all your connection requests to the streaming website will go through a VPN server. So, the site will only see the server’s IP address, not yours.

You’ll just need to use a VPN server that isn’t in your region, and you’re all set! If you’d like some recommendations to start streaming sports from other countries with a VPN, just follow that link. It’s a guide that talks about the best VPNs for Canada.

Another Benefit of VPNs – No More Bandwidth Throttling

Bandwidth throttling is when your ISP lowers your speeds because you’re using too much data. That can easily happen when you’re binging sports on a weekend.

Your ISP can do that because your traffic goes through their network, and they can analyze your data packets. So even if you are using an HTTPS website that should normally conceal the web pages you visit, your ISP can still use data like destination, timing, and size to accurately tell what you are doing.

Not to mention your DNS queries are normally unencrypted. So even if HTTPS were to successfully hide all your browsing data, your ISP could still use them to spy on your traffic.

With a VPN, that’s no longer a problem. Besides hiding your IP address, it also encrypts your traffic (including your DNS queries). While it still goes through your ISP’s network, they can’t monitor your data packets anymore. If they try, they’ll just see the encrypted stream (which looks like gibberish).

So, they won’t be able to selectively throttle your bandwidth for sports streaming sites.

How to Get Smooth Speeds with a VPN

VPNs are awesome tools, but they do have one drawback – they can lower your speeds. Not necessarily by a lot, but it can be noticeable sometimes.

Don’t worry, though – we have your back. Here are some tips to get better speeds:

1. Use a Server That’s Close to You

You can’t use a server that’s in your region, but that doesn’t mean you should use one on a different continent or the other side of the country. Do that and it’ll take longer for packets to travel between the client and the server, resulting in slower speeds.

Instead, try to use a server in a neighboring region. For example, if you’re from Alberta and want to watch a Vancouver Canucks game, use a server in British Columbia instead of the Yukon.

2. Use a Lightweight Protocol

VPN encryption can really take its toll on your speeds – especially if you have an older CPU. So using a resource-intensive protocol like OpenVPN won’t help.

Instead, try using protocols like IKEv2, SoftEther, WireGuard, or L2TP/IPSec. They’re much faster.

3. Try Wired Connections Instead of WiFi

WiFi speeds tend to be slower because objects interfere with the distance – like walls, for instance. Also, you’re sharing the network with multiple devices.

Did You Manage to Bypass Blackouts with a VPN? Tell Us Your Story!

We’re looking forward to hearing if this solution worked for you, and how good or bad the streaming experience was.

If it didn’t work, what else did you try? Was it successful? Any info is welcome – just let us know in the comments or on social media.