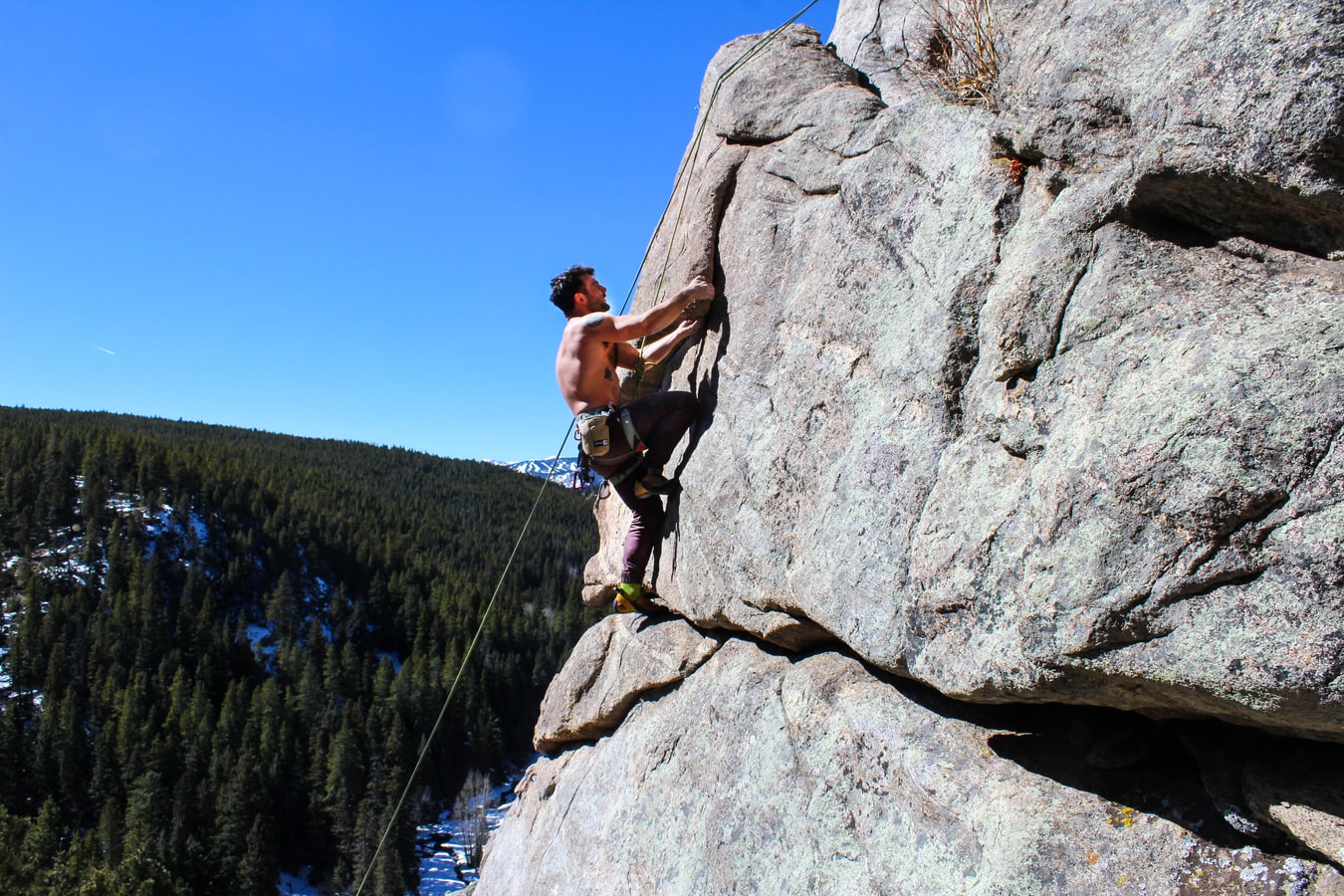 Rock climbing is one of the original forms of extreme sports and is hugely popular all around the world. Physically and mentally demanding, rock climbing requires strength, endurance, agility, focus, control, and courage. It is the ultimate test of brain and brawn.

It is also a hugely rewarding sport, offering climbers the chance to scale heights most fear to confront, while capturing a unique perspective when travelling the world or exploring one’s own country.

Indeed, the United States has some of the best rock-climbing locations on Earth, stretching from coast to coast. Many of these parks are temporarily closed due to the coronavirus outbreak, but when they re-open, take the opportunity to conquer these peaks and stand on top of the world.

Long known by the rock-climbing community as one of the great climbing destinations in the Unites States, Yosemite has gained global recognition in recent years thanks to award-winning documentaries Free Solo and The Dawn Wall.

Those films focus on the rock-climbing centerpiece of the park: El Capitan, the monstrous 3,000ft vertical rock formation that has challenged climbers for generations and is considered a rite of passage for many serious climbers. Other notable routes in Yosemite for the more advanced climbers include Sentinel and Half Dome.

For the more beginner to intermediate climbers, Yosemite has plenty of other routes that are less demanding in time and distance, including Royal Arches and Cathedral Rock, which can range between 500 to 1,500ft.

Situated around a four-hour drive from San Francisco, Yosemite National Park is, as well as great for climbing, a beautiful park filled with amazing nature, so there is plenty to do and see.

For some of the best sandstone rock climbing in the United States, look no further than Red Rock Canyon in Nevada. With numerous routes and options, Red Rock caters to all levels of climber, from the beginner to the elite.

For the advanced climber, there are three major challenges that await your arrival: Epinephrine, Cloud Tower, and the infamous Monster Skank. One of the great features about Red Rock is the variety of climbing the canyon offers, including sport and trad climbing, and bouldering, while its desert location makes it an attractive spot for climbers based in colder areas to visit during the fall to spring months.

Another great feature of Red Rock is that it is just 25 miles from downtonw Las Vegas, so you can combine your trip with a night or two in Sin City. But if you are going to sample the Vegas gambling scene, keep in mind that house always has the edge, so be responsible!

A rock climber’s paradise, Smith Rock State Park has forged a reputation as one of the great rock-climbing locations in North America.

With a large network of trails, volcanic landscape and high-desert location, Smith Rock has been tailored for sport climbing, and as such has attracted climbers from all over the world.

Smith Rock State Park is located around a three-hour drive from Portland and it’s best to visit in the spring and fall months to avoid the hot summers and cold winters.

A rock-climbing hot spot since the 1930s, Shawangunk continues to welcome climbers from around the world nearly a century later.

As one of the premium trad-climbing destinations in North America, the ‘Gunks’ caters to intermediate to advanced climbers, who will enjoy a variety of cliffs, including the Nears, Millbrook, and the Trapps.

There are plenty of routes to test your skills, including Son of Easy and Supper’s Ready, while the Sky Top has been re-opened, but you will need to be accompanied by an authorized guide to scale this cliff.

Around a two-hour drive from New York City, Shawangunk mountains are best climbed from spring to autumn as the colder winters make for difficult conditions.

One of the most varied and picturesque climbing destinations in the US, Shenandoah National Park in Virginia is a great place for beginner and intermediate climbers.

Old Rag Mountain is Shenandoah’s most well-known climbing area and is popular with beginners in particular, although it can at times get crowded.

Other great climbing areas in the park include Bent Tree and Lil Stony Man, and while there is some sport climbing, Shenandoah is best known for trad climbing.

The milder weather allows for year-round climbing, but for more comfortable conditions, aim for the spring and fall months. Located in the Appalachian Mountains, Shenandoah National Park is around a two-hour drive from District of Columbia.

For a climbing experience that takes you along the coast and onto seaside cliffs, Mount Desert in Maine’s Acadia National Park is one of the top places to go.

The park itself is immensely popular with all types of visitors, second only to Yosemite in annual visitors at 3.5 million, and climbers are drawn to the area by the unique sea cliff climbing.

There are four commonly used climbing areas in Acadia: Otter Cliff, Precipice, South Bubble, and Great Head, with the latter classed as high-grade sea cliff climbing so you will need to study tides and take them into account when tackling this climb.

Due to the bitterly cold winters, the park is only open May to October and is around a one-hour drive from Bangor International Airport in Maine.