Why People Love the Buzz of Risk-Taking 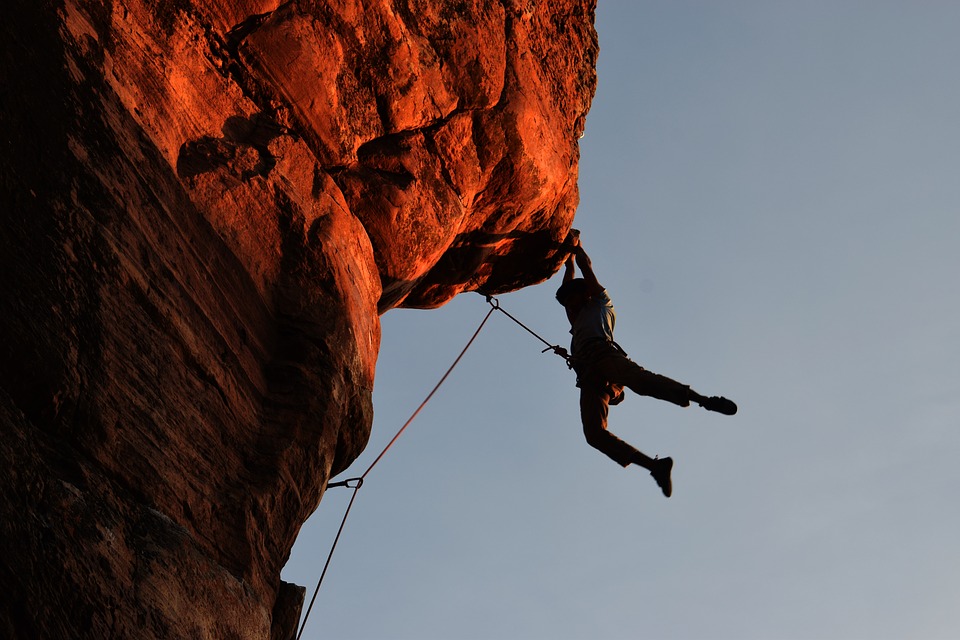 Why People Love the Buzz of Risk-Taking

We all love taking a risk that gets the adrenaline pumping. That’s why there are over 100 extreme sports that you can take up as a hobby. But what is it about the act of taking a risk that gets us so pumped? Is it the fear of the unknown, or is it that we like laughing in the face of danger? Whatever it is, we decided to take a closer look.

Is it the chemicals?

By chemicals, we mean dopamine, which we also call the “pleasure chemical.” Now, if you don’t know what dopamine is, then we’re not sure you’re on the right website, but we’ll go through a quick recap in case you’ve forgotten. Dopamine is a neurotransmitter that sends signals between the nerve cells of the brain. Many of these dopamine neurons start to get a little active once something unexpected happens to you. The result is something akin to a natural high that leaves you feeling super satisfied.

This brain activity takes place when you taste something good or experience another pleasant sensation. It also happens when you do something and expect a win or a good result. It’s like when you jump out of an airplane or do a bungee jump. This feeling is so good that it entices you to seek out any activity that causes the same reaction in your brain. Perhaps that’s why we’re all addicted to extreme sports.

But it’s not a Physical Thing

Funnily enough, it’s not the physical or sporting act of taking a risk that gets the blood pumping. Take poker, for example, a game where risk is part and parcel of every decision you make. Still, it’s a sport where players hardly move at all.

Even so, poker mindset coach Elliot Roe likened poker to extreme sports when he suggested that there were significant similarities between the now-famous free solo ascent of El Capitan’s free climb in Yosemite National Park by Alex Honnold and how he prepares poker players for taking risks at the table. Both sports take a lot of preparation in terms of mindset, and both offer the person massive rewards should they succeed. Every handhold in climbing is a calculated risk, much like every decision made at the poker table is too.

Roe is right. While many of us love the physicality of extreme sports, there are plenty of risk-taking hobbies that don’t involve a hell of a lot of physical activity. And with those dopamine neurons eager to get to work pleasing your brain, is it little wonder that many of us continue to seek out risky endeavors.

So, why aren’t we all the same?

That’s the big question. We’re sure you have plenty of friends who frown at your weekend jaunts up and down a mountain. You probably also have family members that shake their heads at your love of jumping off buildings or hurtling around a dirt track at breakneck speeds. But they all have the same dopamine neurons as we do, so why don’t they seek out the same opportunities for that natural high?

The answer lies in how we perceive the risk. Most people will gladly refuse a reward that involves a high level of risk. Take something like paragliding, for example. But we’ll gladly take a smaller risk such as buying a lottery ticket. Then there’s the type of risk. Some people are averse to the risk of physical injury while others may feel weak at the knees at the thought of losing the $3 spent on that lottery ticket. Generally, people who like extreme sports aren’t too worried about physical injury. They perceive the high as being worth the risk of hurting themselves.

The instinct to protect oneself also plays a role here. If someone is on the fence regarding taking a risk, then the potential of physical injury could push them toward the safer option. In fact, this is likely why extreme sports aren’t as popular as other more mainstream sports. Then, on the other hand, we have risks that involve money or the loss of an item or even your time. These are things that many of us feel we can afford to lose a portion of, as the loss doesn’t inflict any physical pain on our body. Again, it’s all about that self-preservation.

So, as you can see, we extreme sports lovers are a different breed. Sure, our friends and family may have the same dopamine neurons, but they have something we don’t have. They have that inherent fear that they’re going to get hurt, and once that risk comes into play, there’s no reward that they feel is worth it. For us, though, the risk is always worth it. In fact, it’s what makes the whole thing worthwhile.